A downloadable game for Windows

Tyrant's Realm: Origins is a short souls like action game with a retro 3d aesthetic. 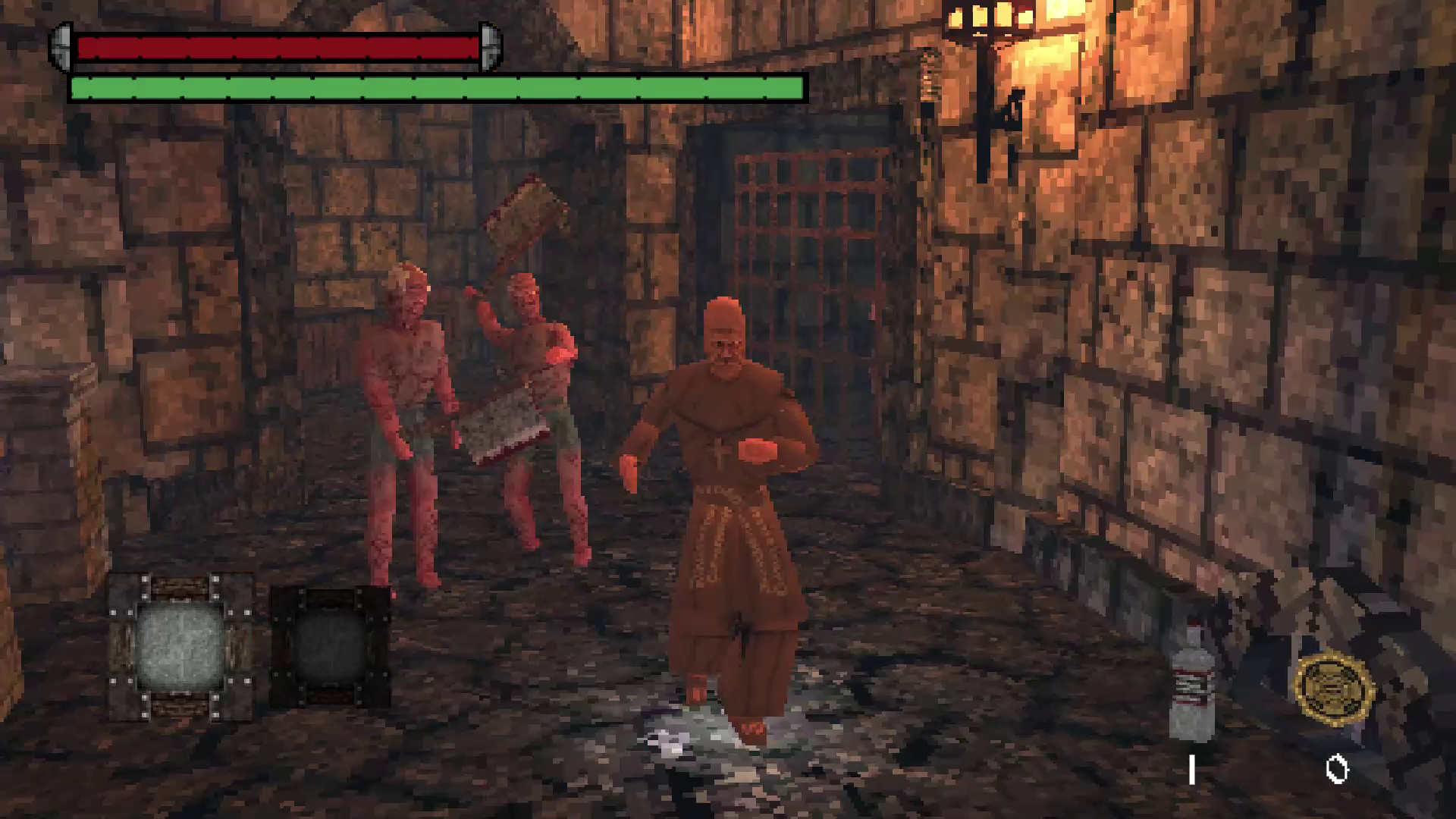 You can customize your character by equipping different armor sets in helmet, chest and leg slots. You can switch between two primary weapons.

The game has about 15-20 minutes of gameplay with two full stages and a final boss stage. 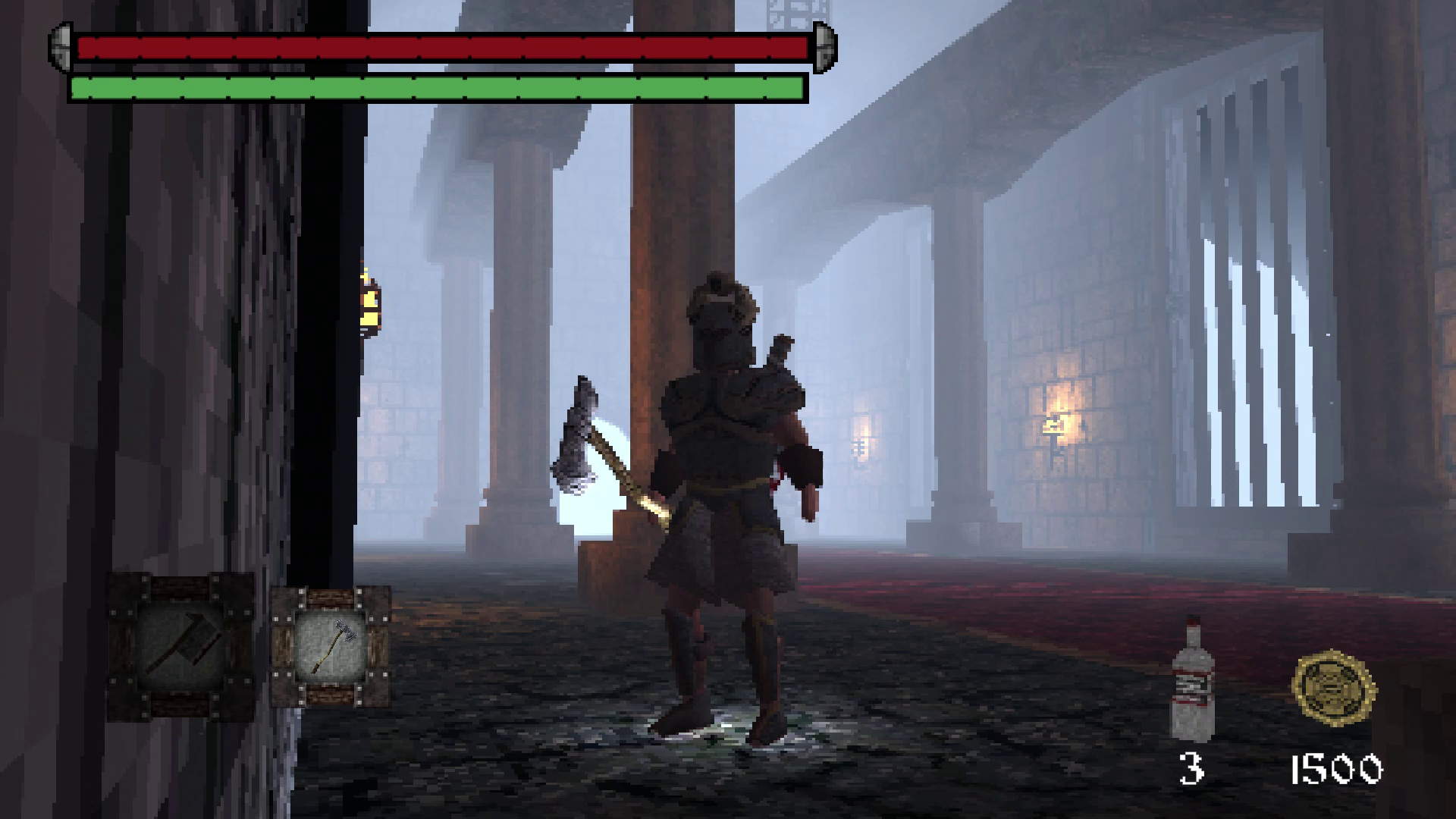 The game has support for keyboard and mouse but use of controller is highly recommended.

I really love this game making this style game was my dream and i saw oh someone already did that! but as i am saying it was perfect demo i really want full game you guys should keep developing thank you for the short but fun gameplay

A short but fun Soulslike with a cool as hell retro aesthetic. The gameplay feels good and there's an amazing sense of atmosphere. The camera controls could use just a little bit of polish: on a controller the camera controls felt just a teensy bit too sensitive and the camera hugs a bit too close to the player character when locked on, meaning that I ended up backing up into a wall I couldn't see multiple times.

As others have said, I would absolutely love to see this being expanded into something bigger. Great work!

The game is really really great! I love the atmosphere and the level design, really much souls-like. As a great fan of the souls series I LOVE IT! It's a shame that it stops after defeating The Sentenced King and it doesn't go any further, I think that it would have became a great souls-like! I really hope that one day you guys will think to expand it to make a longer experience, It would be absolutely fantastic! Have a great life!

Put I am still not sure if ther is something,

when I jump over the broken briges.

Great Game, really wish it was longer though.

Looks great. Would be nice to see a Mac port.

This is why Windows is superior. Join the dark side

pls improve the lock on , i clicked the middle mouse button but it doesnt lock on , it just lock on sometimes , pls just improve it

I played this game on my vintage VGA CRT monitor, and it was a blast.  It has a few issues iirc, but honestly, this is one of the most fun and interesting indie games I've played ever.  It's also the closest I've seen to replicating PSX graphics without just straight up obliterating the code of a modern engine.  Seriously impressive.

This is a really good game, I played through it multiple times and had a lot of fun every time. My only real complaint is that this game is very short, and yes I know it is suppose to be a small game. But still I hope you guys could make a larger version of this game. This is a really cool idea for a game and I would love to see more added onto it or maybe even a separate game with this style.

Hey thanks for playing! Good news: we are making a full fledged Tyrant's Realm game and you can follow the development in our twitter https://twitter.com/TeamTyrant_Dev

I grabbed a couple of items, went back to start and closed the game, took all the objects from inventory and did not appear again in the inventory or on the ground, reinstalling does not fix it, please help

Sorry that you're having problems with the game. Deleting the save files manually should fix this. In the game folder you can go to Tyrant's Realm_Data folder and delete files "playerdata.save" and "worlddata.save".

FANTASTIC SOULS LIKE! It really feels like an 1997~1999 Dark Souls. Amazing atmosphere, fluid animations, nostalgic visuals and cool (sometimes clunky, but yet RETRO) mechanics! Due to it's vague story telling, it really feels it could fit in the souls universe, in which once again the fire fades and the undead curse has returned. I'm really looking forward to see this as a COMPLETE GAME someday, maybe as vague as it is (lorewise) so we can play thinking at a souls roleplaying adventure... such as I did today <3 <3

All my support to Tyrant Team!

This was great! I loved the visual antiquity. The boss was genuinely stressful too. The atmosphere and controls are there. Just need to make a world/levels for the game to be complete.

this game was amazing, is there any chance of a full sized game being released?, cause I would love to play it if we ever got one

Loved the game, but the boss was insanely difficult (may have been me sucking at the game) but still loved it so much! Reminded me alot of the old N64 games I played in the past

The similarity is there, but if I'm going to be completely honest, the fighting felt a bit more like really old 3D fighting games

If there was an mmo that looked and felt like this I would never leave my desk.

i enjoyed it a lot! a bit sad at just how short it was. i would love to see an expansion, or a sequel with more stuff.

my only complaint is the lock on, its a bit buggy when enemies are behind wall, but i still had a blast!

Would love to see a new boss.
Other than that, the game is like dark souls 3 (in difficulty) so i had to repeat the first and last boss like 13 times

I like it so far. But how do I use a controller? I used blutooth with a ps4 controller and it freaked out. Otherwise could I know the controls for mouse and keyboard? Thanks

Here are the PC controls for your convenience and they can be found from the in-game menus too. Thanks for playing! 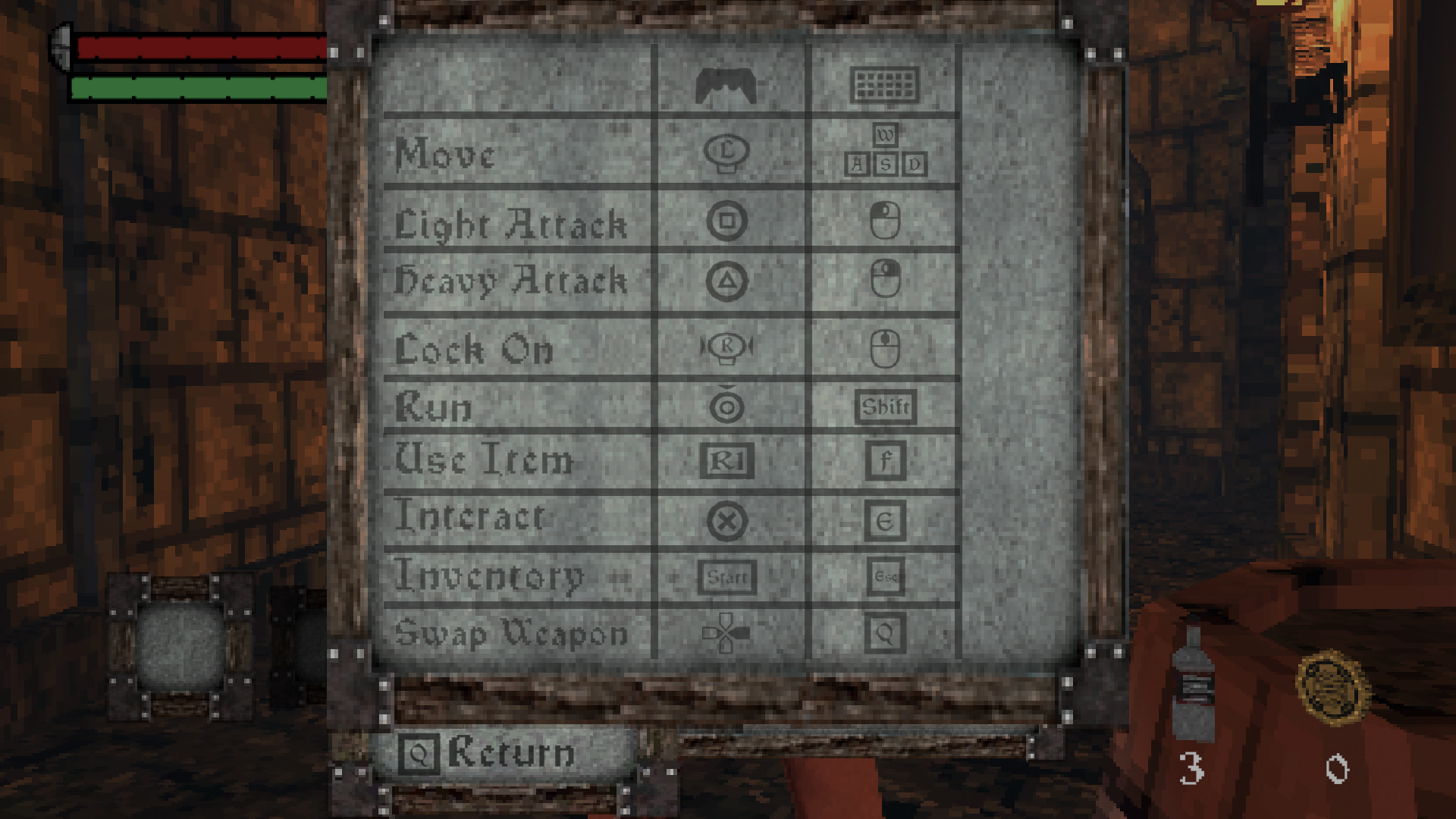 Really enjoyed the game, loved the old style, I would love to see a longer version, it has great potential. (although the gameplay is a bit janky, but still very good)

I did a hitless run for this game:

EDIT: This isn't a WR speedrun A) This was not streamed. B) it is not WR, WR is 2:14. But I don't think anybody else has done a Hitless run.

So is this a WR speedrun?

nah WR for speedrunning this is 2:14. But I think I'm the first for doing a hitless run.

amazing. the final boss and difficulty were perfect. would love to see a long versio

Hey this content is pretty amazing! Do you guys have a business email for inquiry? Thanks in advance!

Hey thanks for playing!

realradomgames@gmail.com can be used for inquiries.

Is there a list somewhere of all items in the game? Asking for 100% purposes

If I remember correctly, it's been a while

I can check later to confirm.

Thankyou so much! I really enjoy the game

The boss was a little too fast but other wise game is wery good.

Amazing game but the boss it was really hard.!

This was a very enjoyable game. If you were ever to release a longer version of this, I would definitely buy it.

Really enjoyed this!  Couldn't beat the boss though.

I'm big a fan of the old n64 or ps1 games and seeing people making games with these aesthetics still to this day just amazes me. keep up the good work

this is dark souls but my pc can run it

hey this was a very good game, but i encountered some bugs. the unequip button just deletes the item i tried to unequip and if i knocked the enemy onto the benches they would teleport onto the ceiling.

Edit: after having to redownload and actually beat it this time heres what i think.

the standard enemies are ok, they can be killed easily and they can kill you if there is more than one. the boss is ok for the most part, his dash has almost no visual cue other than standing still for a second which i mistook for jank a lot of times and he can do it if you are even a little bit too far, his other moves could be improved like if he swings for a second time after winding up, he could wind up a little again instead of just holding his arms up which i also mistook for jank the first few times, but that was mostly on me.

it took me a little over 45 minutes and other than a couple of bugs was very enjoyable. 9/10 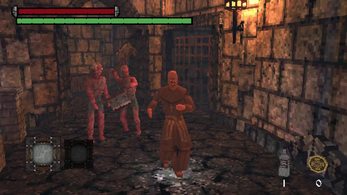 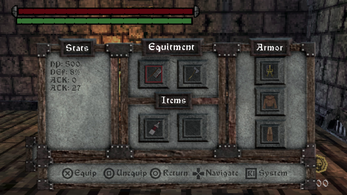 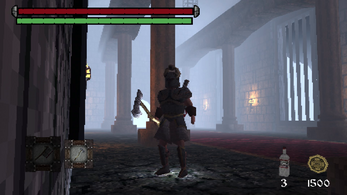